The former Denton Community College pupil is about to complete a level 3 extended diploma in performing arts at Clarendon Sixth Form College and was encouraged by his teachers to apply for the NYT.

Garon said: “I had heard about the NYT in my first year at Clarendon Sixth Form College.  After a chat with Mike, my teacher, I looked more deeply into the NYT and what they could offer. I then applied for an audition in Manchester that included a workshop doing all different types of things, such as performing a monologue.”

He continued: “I am absolutely over the moon to start working with the National Youth Theatre and I can't thank my acting tutors enough for the help they've given me.

“At the NYT I will be continuing my acting training by starting a course for acting with them. This usually entails a short intake course over a few weeks, working with other members of the NYT who have been accepted in the same year. After this, successful participants of the intake course are rewarded with an NYT membership. This allows access to the NYT's classes and resources, as well as exclusive casting and audition opportunities for projects at The National Theatre. Unfortunately, due to the current circumstances, the intake course will be done online through ZOOM.”

As well as achieving D*D*D* in his extended diploma, Garon recognised the professional support he had received from his teachers in preparing him for his career: “I have to thank Michael Eccles, my teacher, for making me consider the NYT in my future and helping me develop as an actor.  Equally, I have to thank and give praise to the work Richard Goodwin did with me in my first year. During the audition, I felt like I was in another one of Richard’s workshops. I knew how I had to act and what the panel members would be looking for during the audition.”

Garon added: “I chose Clarendon Sixth Form College because I believed they had the best course for me. The performing arts staff work at a high intensity and they never stop putting in the effort for their students, this is something that shouldn't go unnoticed.” 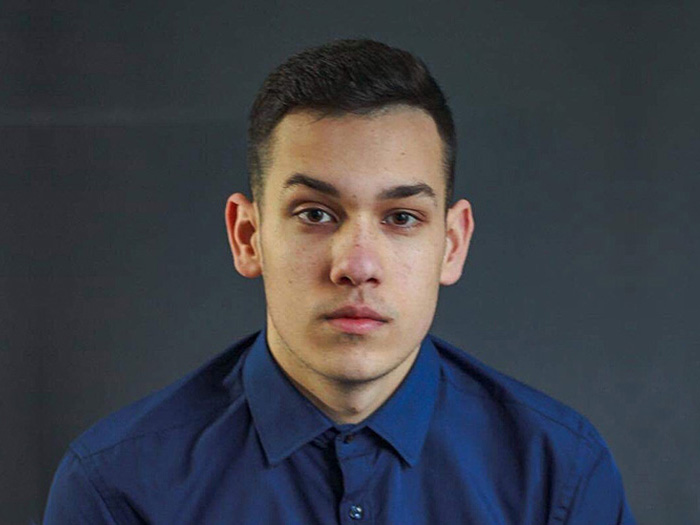 Garon is heading for the NYT